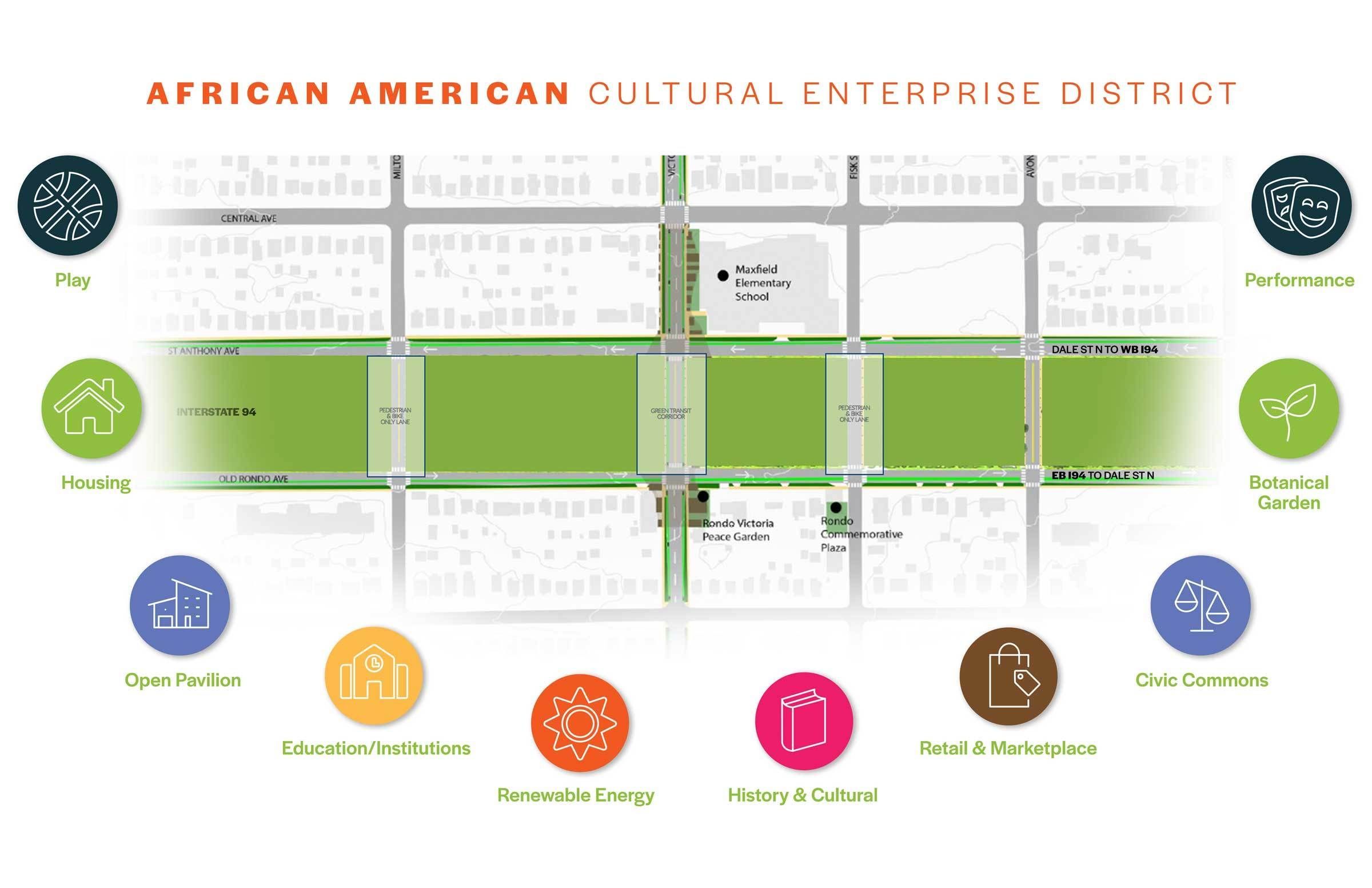 This past summer, multiple installments of the Working Together blog highlighted the proposed Rondo Land Bridge, including the commitment of local and state funds to help make this vision a reality. The concept behind the Rondo Land Bridge, an effort being led by the nonprofit organization ReConnect Rondo, is to build a “cap” or “lid” over Interstate 94 spanning approximately five blocks from Chatsworth Street North to Grotto Street North.

The Rondo Land Bridge will symbolically and physically reconnect St. Paul’s historic African American neighborhood, which was devastated by the construction of I-94 during the 1960s and, in essence, “recreate land that was once lost.” The proposals for this space include the support of single and multi-family housing, retail space, a performing arts complex, a large community park, and other social and economic resources, all with a focus toward racial equity, transportation justice, and fighting climate change.

And now, in addition to commitments from the State of Minnesota and the Metropolitan Council, the recent passage of the Infrastructure Investment and Jobs Act (more commonly known as the Bipartisan Infrastructure Law) means that federal dollars may be available for the project as well. Minnesota Senator Tina Smith recently spoke to the Minnesota Spokesman-Recorder’s R.B. King about what the new infrastructure bill and the billions of dollars earmarked for the North Star state could mean for residents in the Twin Cities and greater Minnesota. Included in Senator Smith’s comments was an endorsement for the Rondo Land Bridge, of which she remarked:

“Rondo would be a great candidate for those dollars because they have an outstanding plan. The damage that was done to the neighborhood is so clear, and it’s such an opportunity to knit that back together. Reconnect Rondo has some great ideas for even covering up [I-94] as it goes through the Rondo neighborhood, and then using that covered-up space for arts and culture and small business and housing, which would be really exciting.”

To read the entirety of Senator Smith’s interview online in the Spokesman-Recorder regarding the new infrastructure possibilities for our state. And for more information on the Rondo Land Bridge, please visit ReConnect Rondo online.