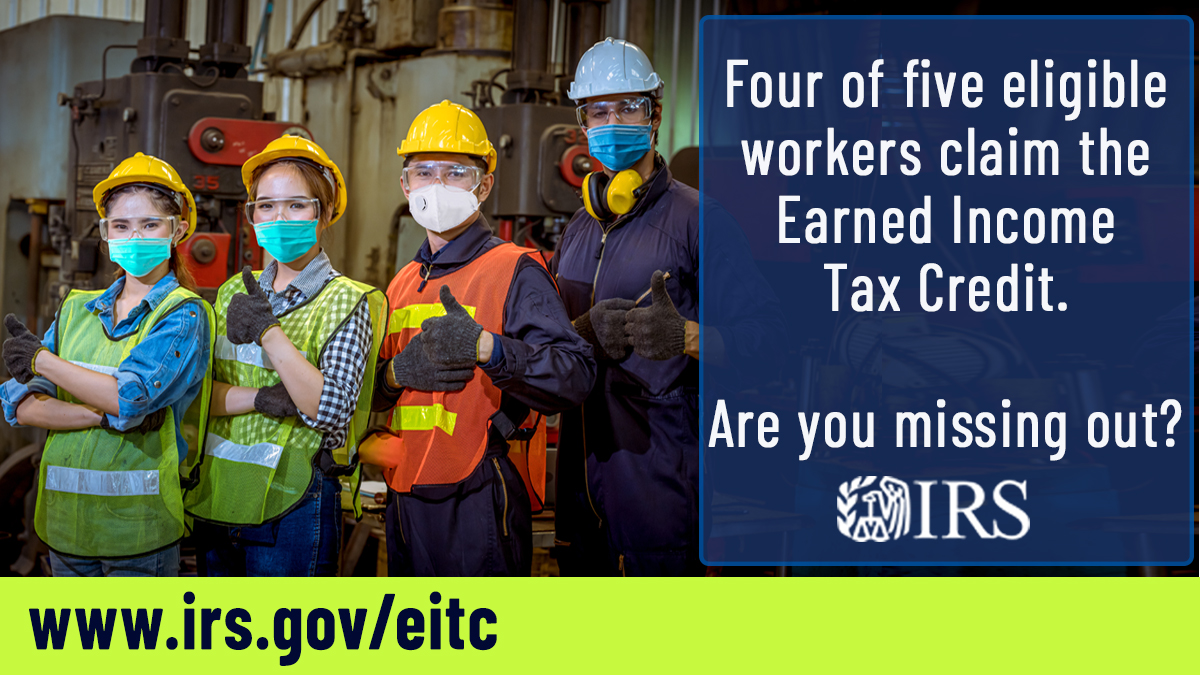 Last year in Minnesota, 315,000 households claimed the Earned Income Tax Credit (EITC). This yielded a total of nearly $694 million in tax credits, or put another way, an average of $2,202 per household. Still, according to the national nonprofit agency Prosperity Now, as many as 20 percent of American households eligible for the EITC don’t claim it on their federal tax return, perhaps because they are simply unaware that they even qualify.

Next Friday, January 29, 2021, marks the 16th Annual EITC Awareness Day, a collective outreach effort by the Internal Revenue Service (IRS) and a nationwide network of community and government partners to increase the number of eligible American households that claim the EITC. The IRS has recently updated its EITC Assistant Tool to inform low– to moderate–income earners about the benefits of claiming the EITC on their tax return. This online tool will allow households to determine:

When using the EITC Assistant, households will need to provide details from their annual income statements (W-2s, 1099s, etc.), documents showing any taxes withheld and money earned, and any expenses or adjustments to their income.

President Biden’s American Rescue Plan proposes to significantly increase the EITC this tax year. And, while that is not yet a certainty, there is more good news. The Taxpayer Certainty and Disaster Tax Relief Act of 2020 will provide households claiming the EITC (and or ACTC – Additional Child Tax Credit) this year the option of using their 2019 annual earned income (if it is more than their 2020 earned income), ensuring that they receive the maximum possible credit.

For households claiming the EITC in 2020, the IRS has also created a dedicated webpage detailing all the documents they will “need” to get the EITC they “deserve.”