"Catch-Up" Economic Impact Payments to Be Issued to 50,000 Americans 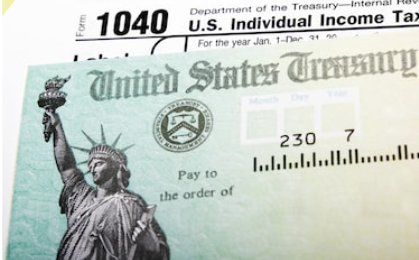 Earlier this week the Internal Revenue Service (IRS) announced that they will soon start to send “catch-up” Economic Impact Payments (EIPs) to approximately 50,000 Americans whose initial stimulus payment (or a portion thereof) was diverted to pay past-due child support.

Beginning in September, the catch-up payments will be issued as paper checks “to any eligible spouse who submitted Form 8379 (Injured Spouse Allocation), along with their 2019 federal income tax return, or in some cases, their 2018 return). According to the IRS release, no additional action is required on the part of these spouses as “the IRS will automatically issue the portion of the EIP that was applied to the other spouse’s debt.”

For eligible spouses who did not file Form 8379, they also do not need to take any action (and are no longer required to file the form). Although the IRS has not settled on a timeframe, they will issue catch up payments sometime in the future to those spouses (not filing a Form 8379) whose portion of their stimulus check was previously applied to the other spouse’s child-support debt.

Anyone impacted by this announcement can check the status of their EIP by visiting irs.gov and using the Get My Payment Tool.